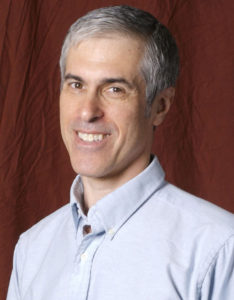 Daniel Dorff’s music for flute and piccolo has entered the standard repertoire and is frequently performed and recorded worldwide. He has composed 7 commissioned works for the Philadelphia Orchestra’s education department, and the Minnesota Orchestra’s Kinder Konzert series has performed his music over 200 times.  During the Spring 2017 season, Dorff’s music will appear on family concerts presented by the Royal Concertgebouw Orchestra and the Seattle Symphony. Recent highlights have included all-Dorff retrospective concerts at woodwind conventions, 11 performances of Three Fun Fables by the Philadelphia Orchestra and Utah Symphony, 38 performances of Goldilocks and the Three Bears on the Minnesota Orchestra’s Kinder Konzerts, and 10 all-Dorff concerts performed by the National Youth Orchestra of Uruguay.

Daniel Dorff was born in New Rochelle, NY; acclaim came at age 18 with First Prize in the Aspen Music Festival’s annual composers’ competition for his Fantasy, Scherzo and Nocturne for saxophone quartet. Dorff later received degrees in composition from Cornell and University of Pennsylvania; teachers included George Crumb, George Rochberg, Karel Husa, Henry Brant, Ralph Shapey, Elie Siegmeister, and Richard Wernick. He studied saxophone with Sigurd Rascher, and bass clarinet with Ronald Reuben. Dorff served from 1996 through 2015 as Composer-In-Residence for Symphony in C, in which he played bass clarinet from 1980 through 2002.

Daniel Dorff is VP of Publishing for Theodore Presser Company; a sought-after expert on music engraving and notation, he has lectured at many colleges as well as Carnegie Hall, and advises the leading notation software companies. He serves on the Boards of Directors for the Music Publishers’ Association of the USA, Charles Ives Society, Vincent Persichetti Society, Flute Society of Greater Philadelphia, and has served on the Board of the National Flute Association.