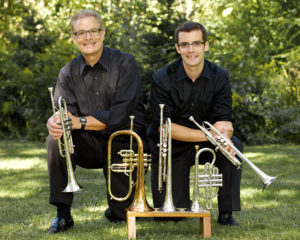 Trumpeter BARTON WOOMERT, the former Associate Principal Trumpet with the Toronto Symphony Orchestra for thirty-two years, is an active free-lance musician who performs regularly with the True North Brass. In addition to his work as trumpet instructor at the Faculty of Music, University of Toronto, he also enjoys other teaching opportunities including the National Youth Orchestra of Canada. He also served as Brass Musician-in-Residence at Wilfrid Laurier University for one year.

A native of Lancaster, Pennsylvania, he received his music degree from the Peabody Conservatory of Music at Johns Hopkins University in Baltimore, Maryland. Upon graduation, he traveled to South America where he played Principal Trumpet in the Orquesta Sinfonica Venezuela (National Orchestra of Venezuela) and in the Metropolitan Opera of Caracas. While there, he worked in the newly developing “El Sistema” music program for young Venezuelan musicians. He also served as soloist for four years with the United States Marine Band, “The President’s Own,” in Washington, D.C., and performed regularly at White House functions. Before moving to Toronto, he held the position of Principal Trumpet with the Hamilton Philharmonic Orchestra.