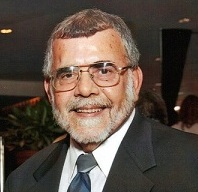 Tim Byrnes was a charter member of the SSO and principal horn for 25 years. He was a devoted member of the orchestra who was always willing to lend a helping hand, arriving early to set up chairs and stands for rehearsals and concerts. Tim was probably best known for his Sleigh Ride headwear surprises each year at our December concert. Some of his most memorable include: Yoda, Angry Bird, A Christmas Viking, and a Plastic Frosty the Snowman. Tim was also known for saving the
orchestra with his strong entrance when we performed at Carnegie Hall and the pianist got
lost.  Tim graduated from Susquehanna University (PA) in 1971 with a BA degree in Mathematics.  He was a veteran of the U.S. Army where he played French Horn in the 324th Army Band from 1971-1974 and worked at Aberdeen Proving Ground from 1974 – 2011, where he retired from the Department of Defense. He  participated in the BSO Academy in 2010 and 2012.

We will miss his devotion to horn, his jokes, his support, and most of all, his smile. On May 5, 2018, the horn section performed with an empty chair for Tim to represent his forever presence in our section and in our hearts. 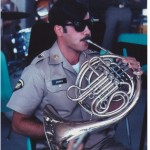 “I started playing the horn in third grade and can’t imagine not playing. The SSO is my relaxation therapy. I enjoy the performing, the appreciation of our audiences, and the camaraderie of the orchestra members. I especially look forward to the Christmas concert and Sleigh Ride – any ideas for a Christmas hat??”